Some scientists are artists, I am not one of these. Sadly, that doesn’t get me out of making diagrams to explain my work. 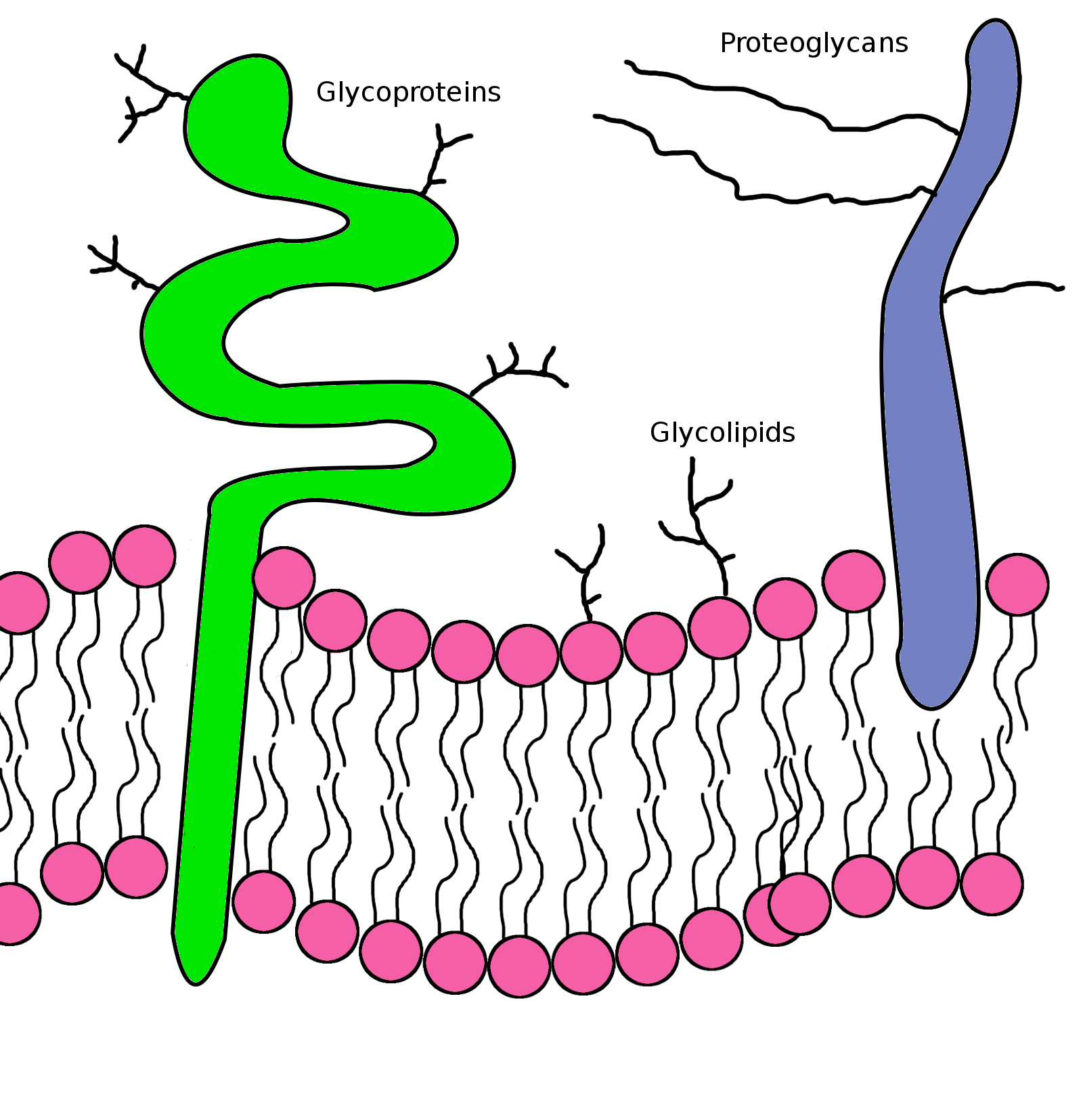 Some glycoproteins (proteins with sugar groups attached) sitting pretty in a phospholipid bilayer (that twin layer of pink circles with tails).

My work deals primarily in cell membranes. Glossing over the details, these can be condensed down to some proteins lodged in a phospholipid bilayer. The proteins are drawn when needed, but the bilayer occupies all the other space and its many repeating units need to be drawn to make sure the illustrated cell doesnt spill its contents into the extracellular space… (ok, that won’t actually happen, but the membrane still needs to be drawn).

Phospholipids are generally drawn the same way, circle for the phosphobit (it’s a short charged group) and a pair of long tails for the lipid part (very hydrophobic). So the phopho head points into the aqueous compartments (the cell interior or the external environment), and the lipid tails of each layer point toward each other (like oil and water, these lipid tails like to stay away from water too).

So how did I draw them I hear you say, by using the awesome free, opensource image editing software that is the GIMP (runs on any platform too, so give it a try).

First thing I did was draw a phospholipid unit with a transparent background and zealous crop so the edges of the image are tight with the drawing. Then I saved it to my images folder (as a .xcf for later use) and to my brushes folder as a .gbr (on linux it’ll be in the .gimp directory). Then when you go to the brush tool, hit the “brush” box in the tool box, then down the bottom right “open brush selection dialog” and hit refresh. Your new paint brush should be ready for use.

There are two options to consider then, the spacing between the brush images and the scale of the image. The scale is pretty easy to figure out, resize until you like the size of it. The space is measured in percent (be nice if they pointed that out more clearly), as you dont want your phosopholipid units overlapping, go for 110% or greater.

You can then draw with the phopho-brush. You can stamp it one piece at a time, or if you draw a curve, the image will be spread across it and spaced by your chosen percentage. You can also use it to stroke a curved path, which is what I ended up doing, very handy (just set the paintbrush settings before you select stroke path). I made two phospho-brush units, one pointing up and the other pointing down, then later I made brushes for each sugar unit I’d have to draw on to glycoproteins.

Don’t forget to erase some of phopholipids to make room for your proteins!

One thought on “Phospholipid bilayers made easy”